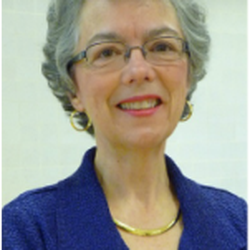 Dr. Quinn is Professor and Chair of the Department of Family Science, Director of the doctoral program in Maternal and Child Health, and Senior Associate Director of the Maryland Center for Health Equity, School of Public Health, University of Maryland. From 2011-2017, she was Principal Investigator (with S. Thomas) for the Center of Excellence in Race, Ethnicity and Health Disparities Research, and the PI on a study, Uncovering and Addressing Cultural Beliefs behind Vaccine Racial Disparities. She is currently PI (w. D. Broniatowski, George Washington University) on a NIGMS grant, Supplementing Survey-Based Analyses of Group Vaccination Narratives and Behaviors Using Social Media. In recent years, she was the PI on two FDA funded studies: 1) Public Attitudes Toward Medical Countermeasures and 2) Investigating Factors Associated with Participation of Racial & Ethnic Minority Populations in FDA Regulated Research. Dr. Quinn was PI (with Dr. Thomas) of a Grand Opportunity grant from the Office of the Director, NIH and NIMHD: “Bioethics Research Infrastructure Initiative: Building Trust between Minorities and Researchers”. As the PI of a CDC funded study, Public Attitudes Toward H1N1 Influenza, she led two national surveys during the H1N1 influenza pandemic, becoming the first to examine public attitudes toward emergency use authorizations for drugs and vaccines. She was also funded by the CDC to study communication between postal workers and public health professionals during the anthrax attack. Her research interests include vaccine acceptance in routine and emergency situations; racial disparities in vaccine uptake; crisis and emergency risk communication with a specific focus on minority populations; and engagement of minority and marginalized communities in research.